After analyzing the sales numbers for both homes, condos and land in the Park City area, the Park City Board of Realtors is happy to announce that the Park City real estate market has seen 2,230 sales in 2013 up 22 percent from the previous year and double the sales of 2009. We have seen a steady appreciation of seven percent over 2012 and there is a high demand for Park City property in all price ranges. The only problem – inventory is at an all-time low.

Jeremy Ranch topped the sales list of 2013. A total of 73 single-family homes sold ranging between $325,000 and $2.857 million closely followed by Old Town with 68 homes sales, Silver Springs with 58 and Park Meadows with 56. Currently the average time to sell a home is 7.4 months. However, many homes in Trailside and Silver Springs have sold a lot faster.

Distressed sales have declined to the point where “they are no longer a factor in our market”.

For a more detailed analysis on your neighborhood contact Steve Blankenship at 435-602-9976. 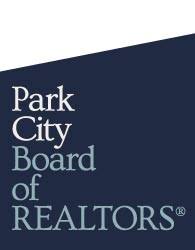